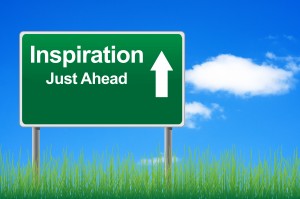 I work as a basketball trainer for kids from ages 9 to about 21. And my role is to teach them footwork, balance, aggressive moves, shooting form, general basketball IQ, defensive principles, and the fundamentals of the game. Many parents have told me they bring their kids to me to help them learn life lessons.

No parent has told me they bring their kids to me in order that I learn some life lessons. But yesterday was kind of different.

We ended our weekly session with a game of one on one between two of our ten year old players.  There is a sizable skills gap between the two of them.  The boy (we will call him Jack) is a perfectionist who is relentless in perfecting his moves that we work on. He is driven and is learning to balance control with aggressive offensive principles.  The girl Ally  (real name with permission) is newer to the game.  She. too, is highly athletic and has a frame and muscular development that tab her as a future thoroughbred.  Her skills are naturally not as developed as the more experienced boy.

One on one was a formula for disaster from the start and the talented young man really started to destroy the promising but yet unskilled young lady.  Jack blocked nearly every one of Ally’s shots.  Jack scored at will and made several steals after discovering her rhythmic dribbling.  He was a good sport, and played ethically but clearly smelled victory.  Ally continued to work hard, made some key adjustments on defense, put dents in the floor with her dribble, executed several great between the legs dribbles, made great decisions… and still was getting crushed.

Ally never once wimpered. Never once complained about how completely unfair the matchup was.  She never complained about the poor referee (me) who let the boy continue to be very physical.  Never looked at her mom for moral support.  She put her head down and worked harder.

So the fairy tale ending would tell you how she overcame a 15 point deficit to come back and beat Jack.  But that is not how it happened.

The training session ended. I approached Ally and she teared up.  Not temper tantrum tears. Not “why did you do that to me.”  These were tears of passion and frustration. She cared deeply about her performance.  Imagine a ten year old being all in.  All in despite the odds against her.  Not one excuse.  Just all in with her whole heart.  All in to the point it hurt.  Accountability to the point that you look inside, not point fingers.  We will teach Ally how to lose without beating herself up,we will teach her skills,  but teaching passion is far more difficult. Ally  is Passion.  Yesterday was a failure.   The type of failure that breeds success, fulfillment, and greatness.  I would not bet against Ally beating a lot of boys in one on one over the years.

In short Ally can teach us all how to:

Thank you Ally Beck. You are going to be an amazing young player.